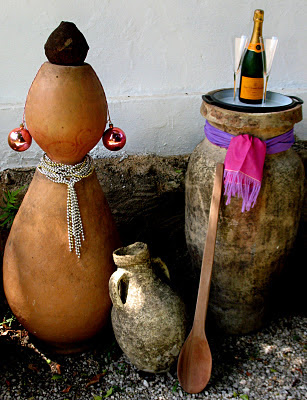 Foie-gras production
How much is too much?
Why some duck livers are delicious, and others nasty
Dec 3rd 2011 | from the print edition
FOIE GRAS is one of the most controversial dishes on earth. To protagonists, it is simply the finest foodstuff that exists. To those opposed, it is a product of cruelty that is not far short of criminal. The overfeeding of ducks and geese, so that their livers bloat to between six and ten times their normal size and take on a buttery consistency valued by gourmets, exploits the ability of these birds to store large amounts of calorie-rich fat, which was needed to propel them on the long migrations that their wild ancestors would routinely have undertaken. The moral argument over the way foie gras is produced (by feeding the birds with grain, through a tube or a funnel) turns on whether this is merely the permissible exaggeration of a natural inclination, or is tantamount to abuse. Intriguingly, a newly published piece of research on foie-gras production suggests the quality of the product depends on exactly the same distinction.

From the chef’s point of view, one of the disturbing things about foie gras is how variable it is. Some livers, when cooked, retain their fat and thus their rich flavour. Others lose fat when heated and end up tasting terrible. To try to work out why, Caroline Molette, a biologist at the University of Toulouse, did some experiments. Her results, just published in the Journal of Agricultural and Food Chemistry, suggest that the difference is whether the liver in question is truly healthy or not.

In this section
The fat of the land
The hare and the tortoise
»How much is too much?
Boom and bust
ReprintsDr Molette and her colleagues raised 150 male mule ducks (a cross between Pekin and Muscovy ducks that is often used to produce foie gras) for 13 weeks in standard poultry-house conditions and then transferred them into individual enclosures. For a further 12 days the birds were fattened up with a mash of grain and flour—the usual procedure for enlarging their livers. They were then slaughtered, their livers removed, and those livers immediately trimmed of their blood vessels and chilled for six hours.

So far, so normal. But instead of cooking the whole things, Dr Molette removed a 200-gram sample from each liver (an average liver weighed 550 grams) and put the rest in cold storage. She then placed each sample into a jar with a bit of salt and pepper, and cooked it for an hour. As she expected, some livers released a lot of fat when cooked while others released little. Armed with this information, she was able to turn her attention back to the uncooked sections of the livers and see if she could find any systematic chemical differences between them.

Using a combination of electrophoresis (which sorts proteins according to their size and electrical properties) and mass spectrometry (which sorts fragments of those proteins according to their weight), she was able to do just that. The upshot was that the fat-retaining livers were rich in a variety of proteins known to help the body digest and store food. In the fat-shedding livers, by contrast, she found high concentrations of a protein called fatty-acid-binding-protein 4. In a human liver, this would be a marker of disease. Put simply, the fat-retaining livers are healthy while the fat-shedding ones are not.

Both sides of the debate, then, are right. Foie-gras production can be a form of abuse but is not necessarily so, for an enlarged liver can still be healthy. The question is, how do you draw the line?

Dr Molette’s ducks were all treated similarly, and their livers were of more or less the same size (certainly, the fat-shedding ones were not systematically heavier). The search is therefore on for some way to tell in advance which animals will respond positively to extra helpings and which will not. That knowledge would help farmers, gourmets and animal-lovers alike.
Postado por Quentin Geenen de Saint Maur às 10:04 Nenhum comentário: 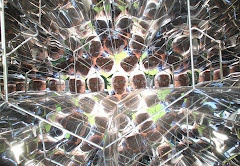